I know and agree with the rules of writing, state facts, and move on to keep it short. I tried that but find it difficult, I write stories based on facts, connect dots and form an opinion. It’s all out there you just have to take the time to search. I always found stories informational and motivational the history of civilization is full of them. Now that I have told you why my writings are not short let’s move on to something important.

We need to understand the Cuban issue. In the late 50’s you had the Cuban people rise up in revolt against an American-supported dictatorship. The leaders came to America for support, however, corporate American was making $ in Cuba so the support was declined. I firmly believe if America had backed that revolution the will of the Cuban people would have embraced American values which would have resulted in a democratic society, we’ll never know now. But we didn’t so the leaders turned to the Soviets for support which resulted in the Cuban revolution enslaving its people once again. That was a shameful event in America which we can correct today.

Today history repeats itself, again the Cuban people are seeking freedom, liberty, and safety. Now, what is America going to do to make up for their failure to support the Cuban people so long ago? So far nothing, in fact, we have told them do not flee to America, we will not let you in. What! people living under communism are not allowed to flee to America seeking refuge while the rest of the world comes to our border and just walks in are given $ and transported to wherever they want to go. I thought I read somewhere about people fleeing repression and tyranny being criteria for entry into America, but not for the Cuban people.

We have politicians and actvist groups who proclaim their support for the Cuban communist government while we have American Cubans protesting in the streets of America in support of those Cubans seeking freedom. We must demand our government reach out and support the Cuban people in their quest for a free Cuba, they deserve it and we have an obligation to the spread of freedom. We must support our American Cubans and free an enslaved people. We cannot fail Cuba again “We the People” will do all we can to aid the Cuban people and the government will make it happen. That is why we have government, to carry out the will of “The People” or is that term outlawed now? Restore the internet in Cuba, allow the Cubans to communicate, is that so much to ask?

Is it possible we live under a government that doesn’t support American values, that rejects all we were founded on. I ask that because the dots I connect seem to lead to that unbelievable conclusion. I see a government acting in direct violation of its own laws, involved in activities and policies that are in opposition to American founding concepts. A government that lies and misleads its people, a government dangerously out of control.

The time has come where Patriots must unite around this Cuban issue and force government to support its will. We want a free Cuba one that offers its citizens all the liberties Americans enjoy. Now is the time to put our government to the test, what does it stand for we want to know. We the People have a right to know what form of government we live under and this Cuban issue is the perfect test. Contact everyone in government and ask their position, demand they support our position we need to know who the American Patriots are in government, that is essential to the survival of America itself.

Trudeau to Pay For Working Class & Poor People to Be Euthanized!

Trudeau to Pay For Working Class & Poor People to Be Euthanized!

Trudeau Making a Mockery of Himself, Vilifying Canadians for Wanting Their Basic Human Rights!

Trudeau Making a Mockery of Himself, Vilifying Canadians for Wanting Their Basic Human Rights!

The U.K. Government Lies – there are 23 Million Un-Vaccinated People not 5 Million!

The U.K. Government Lies – there are 23 Million Un-Vaccinated People not 5 Million! 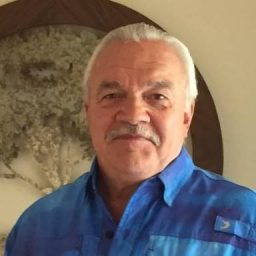